I’ve thinking about variable neutral density filters a lot lately. When I started to get a bit more interested in video I decided to invest in a good Variable Neutral Density filter and as I’d always bought B+W filters I bought a B+W 77mm XS-Pro Digital ND Vario MRC-Nano Filter. It was beautifully made in Germany with a brass frame and hard stops. It didn’t offer anything spectacular in terms of range just 1 to 5 stops but it was very good. Unfortunately I was filming a waterfall and slipped on the rock and went into the river. I ended up with a week in hospital with septicaemia and the filter was smashed. I was unable to get a replacement so bought a Cokin NUANCES NDX 2-400 Filter which was considerably cheaper, not as well made but the images were good. Over time I decided I missed the hard stops and so as the B+W was still unavailable in Australia bought a Heliopan variable grey neutral density ND 0.3 – ND 1.8 filter which has served me very well.

Recently I decided that I wanted a new one in 95mm size. Normally I’d buy the best quality one and be done with it, but this time I was unprepared to spend that eye watering amount for what just amounts to an experiment. Looking online I saw there is a huge variation in prices and I couldn’t help but wonder whether paying more actually meant a better quality filter. So I’m looking at four filters and the price range goes from $24 AUD to $350 AUD. I’ll look at whether they impact image quality, whether they are prone to flare and whether they effect autofocus performance.

For all the tests the same camera and lens were used – a Sony A7r2 with Sony FE 50mm f1.8 lens. Although the filters are different sizes I used step up rings to fit the filters to the lens. To test for image sharpness and colour casts the camera was set on a tripod in front of a lens resolution chart so it filled the frame. The chart was lit with an LED light set to 5600K and then a custom white balance was set with no filter on the lens and an image was taken which was the control. Each filter was then tested at its minimum and maximum density.

For the video AF test the Sony A7r2 and 50mm lens were used again while with the stills AF test I was so surprised with the results that I also tested with the Olympus EM 1 mk ii and the the Olympus 25mm f1.8 just to make sure. I ran control tests for both camera and lens combinations to provide a baseline with which to compare. In the stills test both cameras without filters attained a 100% in focus rate.

The glare test was done with just the Sony A7r2 and the 50mm lens.

Fotga ND2-ND400 Adjustable Neutral Density Filter is the cheapest filter on test costing around $24 AUD on EBay for a 77mm filter. Interestingly Fotga state on their website:

“Image quality may drop when focal length above 200mm. It may not be suitable for a wide-angle lens <24mm,35mm film format equivalent.”

The filter is made from an unspecified Japanese optical glass and there is no mention of any coatings. The frame is made out of aluminium and has a satin black finish. There are no hard stops but there is a scale indicating where the minimum and maximum effect occurs. The filters are made in China and come in a flimsy rectangular hard plastic case.

When testing the video autofocusing the Fotga produced the worst result – the AF was as snappy or confident and the image was decidedly soft. Shooting a burst of still images images  the Fotga filter only achieved an in focus rate of 67% and the images were all low in contrast, very soft and showed glare. Speaking of glare when testing for it specifically the Fotga produced the worst result exhibiting veiling and ghosting flare and strong halation around the light source. 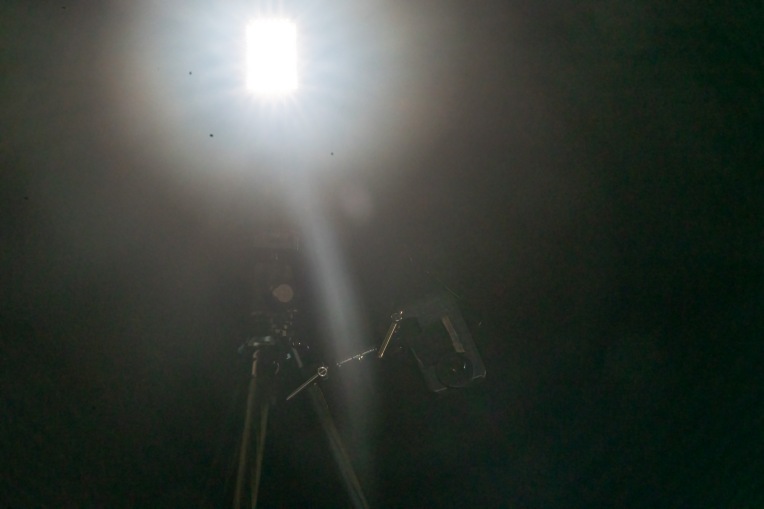 The Urth Variable ND2-400 (1-8.65 Stop) Filter is the next cheapest filter costing $82 AUD for a 77mm filter. Urth state on their web site that the filter is not suitable for use on wide angle lenses stating:

Urth also state that filter has eight layers of coatings to make it easier to clean but no mention of whether they improve optical quality. They also claim that there are no colour casts which unfortunately is not true, but on the positive side there was no impact on image sharpness at the minimum setting and a slight reduction in sharpness at the maximum setting.

About the type of glass used the website says:

The frame is aluminium and finished in matte black. There are hard stops at each end of the adjustment range with a scale marked showing maximum and minimum. Out of all the filters on test the Urth has the nicest presentation being supplied in a circular metal tin with a screw on lid and it was the only filter to be supplied with a lens cleaning cloth. To make you feel even better about your purchase Urth say they will plant 5 trees with every purchase. Urth are an Australian company but the filters are made in China.

When shooting video the Urth filter had no visible effect on the autofocus, but strangely enough did on the stills performance achieving an 80% hit rate. For the glare test it shared the best performance with the Cokin filter.

The Cokin NUANCES NDX 2-400 – 77mm Filter comes in at $176 AUD for the 77mm size tested. Cokin put out a very helpful information sheet which clearly states that they do not recommend its use on lenses shorter that 24mm (full frame). Interestingly they specifically talk about the “Maltese Cross” phenomenon which occurs when you try to get the maximum density. This varies depending upon the focal length of the lens and limits the amount of density you can use. To get the full 8 2/3 stops lenses longer than 45mm should be used. A focal length of 35mm gives you 6 1/3 stops and 24mm gives 5 1/3 stops.

In terms of the optical construction the Cokin filter is made of “Schott Glass B270, renowned for its high transmittance and low reflection”. They state that the filter is coated but not with how many coats. The frame is made of aluminium with a matte black finish and it has a series of dot markings with min at one end and max at the other. The dots don’t correspond with any particular effect. The filter comes in a round hard plastic case that is hinged. It doesn’t feel particularly sturdy and I find it quite awkward to open. Although the packaging states it is designed in France there is no indication as to where the filter was made. As Cokin was acquired by Hoya in 2000, which is part of the Kenko Tokina group, which makes filters in both the Philippines and Japan it would be a fairly safe assumption that the Cokin filters would be.

Tested performance shows no effect on image sharpness at both the minimum and maximum settings and a very slight cast. The Cokin filter performed very strongly in the video autofocus test showing effect on performance or image quality. The stills performance was the second best at 82% and the results in the glare test were joint best.

“Depending on the focal length of the lens this filter is not recommended for use with very wide angle lenses.”

But having said that you shouldn’t be having too many problems as the filter has hard stops to prevent running into the “Maltese cross” phenomenon. They claim the use of Schott glass but make no mention of any coatings. The frame is made in Germany of brass with a matte black finish to avoid reflections and has hard stops at each end of the adjustment range plus a numerical scale marked from 1-12 but the numbers don’t correspond to any ND value. The filter comes in a square hard plastic case that is hinged and it is quite sturdy.

The tested performance was similar to that of the Cokin a slight colour cast ( although different from the Cokin) and no effect on image sharpness.  For the video AF there was no impact on the focus performance and no effect on the image quality.For the stills AF the heliopan was the best performer with a score of 86%. Interestingly it was not an equal performance across both cameras. On the Sony it achieved a score of 78% and the Olympus 94%. I’m really at a loss to explain why there is such as discrepancy with the results and I had to test several times to confirm it. The Heliopan didn’t do very well in the glare test exhibiting pronounced veiling and ghosting flare. It wasn’t as bad as the Fotga but it was significantly worse than the Urth and the Cokin.

Before I started testing I definitely believed that you got what you paid for. I fully expected the Fotga filter to be the worst performer and the Heliopan the best leaving the Cokin and Urth filters to battle for second and third places. Well I only got part of it right. The Fotga was definitely the worst performing filter of the bunch. Its only redeeming feature is the price – it’s incredibly cheap. The real surprise was that the Heliopan while being marginally the best performer wasn’t delivering any significant improvement over the Cokin which cost half the amount. The Urth filter was a very solid performer. Their 77mm is half the price of the Cokin yet delivered a result that was only a fraction worse – probably undetectable in real world use. Yet the filter has hard stops and is more nicely made and presented. For a little more, $44 AUD to be precise, the Urth Filter Plus+ might be a very good buy having the benefit of the better Schott glass, but that is conjecture as I’ve not used one.

A key takeaway is that to get the best possible image quality you have to set your custom white white balance with the filter on. All the filters produce some degree of colour cast despite what the manufacturers claim. All the filters are prone to flare so I would recommend the use of a lens hood. Lens hoods and variable NDs are problematic as the filters prevent the use of the ones designed for the lens. I now use a matt box when shooting outside and it has made a surprising difference.

To sum up, well if I needed to start again I wouldn’t waste my money on the Heliopan. The Cokin would be my choice if I could live without hard stops and the Urth would be it if I couldn’t.