We’ve just come back from the Stirling Range. While we were there every evening just before the sunset we could hear the skirl of the pipes. At first we thought it was the bloke a few doors down playing Scottish music in his chalet, but on further inspection we found that it was indeed the bloke a few doors down but he was standing in the middle of the field next door playing the bagpipes. He did this  every day we were there come rain or shine. 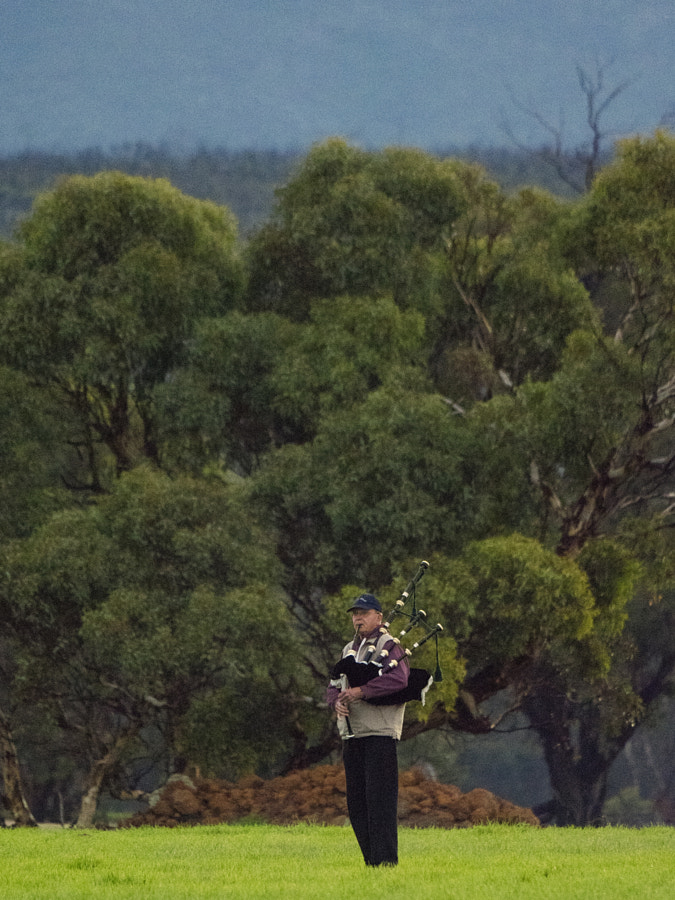 While the British were in India they were responsible for some awful things but to my mind the worst crime against humanity they perpetrated was the introduction of bagpipes. Anyone who has been in India during wedding season will have witnessed or heard wedding processions through the streets which were accompanied by marching bands containing at least one bagpiper. If you were exceptionally lucky the piper was half way competent but the usual pattern was to have several pipers who were barely able to play. What they lacked in skill they made up for in enthusiasm. The thing was they’d play with great gusto but none of them in time and seldom in tune. It was absolute torture as it would go on all night. We thought we’d escaped the pipers clutches when we went to Nepal. Oh no dear reader. Despite having never been part of the British Empire Nepal has firmly embraced the bagpipes during wedding season. Since then the sound of bagpipes has always made me grit my teeth.
Now it may surprise you to know that the Scots don’t have a monopoly on the pipes and indeed didn’t even invent them. The earliest reference to bagpipes is a sculpture that has been found on a Hittite slab at Euyuk in Anatolia, dated to 1000 BC. The Roman emperor Nero who enjoyed burning Christians so as to provide garden lighting at his parties, who also murdered his mother, and who early commentators described as having been dressed in fancy costume playing the fiddle while singing  the “Sack of Ilium” as Rome burnt down around him. But his biggest crime, according to the Roman historian Suetonius is that he played the tibia an ancient form of pipes that he played by tucking a bladder beneath his armpit – in other words bagpipes. The first reference to Scottish bagpipes was their use at the Battle of Pinkie in 1547. My last fun packed bagpipe fact is that Pakistan is the world’s biggest producer of the instrument where the industry was worth $6.8 million in 2010. So not only did Pakistan shelter Osama Bin Laden but it is responsible for exporting terror in the form of Bagpipes.
Enough of the rant lets get back to the Lone Piper of the Stirling Range. What was he doing? Well, it has become a tradition in Scottish regiments that a lone piper takes the place of a bugler to signal the day’s end to the troops. While he was marking the end of the day he was facing Bluff Knoll the highest mount in the Stirling Range. The colours of the sunset are reflected on Bluff Knoll and are truly wonderful and if anything deserves an accompaniment it is that.