The Murray River flows westwards past Pinjarra and into the Peel Inlet, which is a roughly circular body of water covering an area of 75 sq. Km (approx. 29 square miles). Although around 75% of the surrounding land has been cleared for farming or housing the inlet is incredibly rich in wildlife. The Inlet is home to crustaceans such as blue swimmer crabs and  king prawns, and fish species include black bream, tailor and cobbler. Birdlife International has designated it an Important Bird Area because it supports large populations of Fairy Terns and 1% of the world’s population of Red Necked Stints, Sharp Tailed Sandpipers, Banded Stints, Red Necked Avocets and Red Capped Plovers. At the northern end of the inlet a channel passes through Mandurah and runs out into the ocean and this allows dolphins to visit. At the southern end the inlet combines with the Harvey Estuary. The combined waterway covers 136 km², or 52 square miles, and is extensively used for recreational purposes particularly fishing, crabbing, and sailing (including house boating). Because it is sheltered from the sea by a line of very large sand dunes the beaches and bays are popular with families for picnics and barbecues.

As previously stated the city of Mandurah sits at the top of the Peel Inlet. The name is thought to have come from an Anglicized variant of the Nyoongar word mandjar, which translates as meeting place. European settlement commenced in 1828 when Robert Peel and his workmen arrived from England. Initially the settlement grew very slowly and by 1898 was comprised of 160 people. A mining and industrial boom saw Mandurah grow rapidly from a sleepy beach resort to one of the fastest growing suburbs in Australia. One of the notable features is the canal developments. If nearby Kwinana and Rockingham are synonymous with working class bogan culture then Mandurah is home to the CUB, or Cashed Up Bogan. This can be evidenced by taking a cruise around the Mandurah canals and seeing the opulent houses that line the banks complete with swimming pools, expensive boats, barbecue pontoons and Balinese themed gazebos. In the high-rise developments of the marina precinct it is not unusual to see on a weekend residents dropping a fishing line from their luxury apartment balcony while enjoying a coldie. 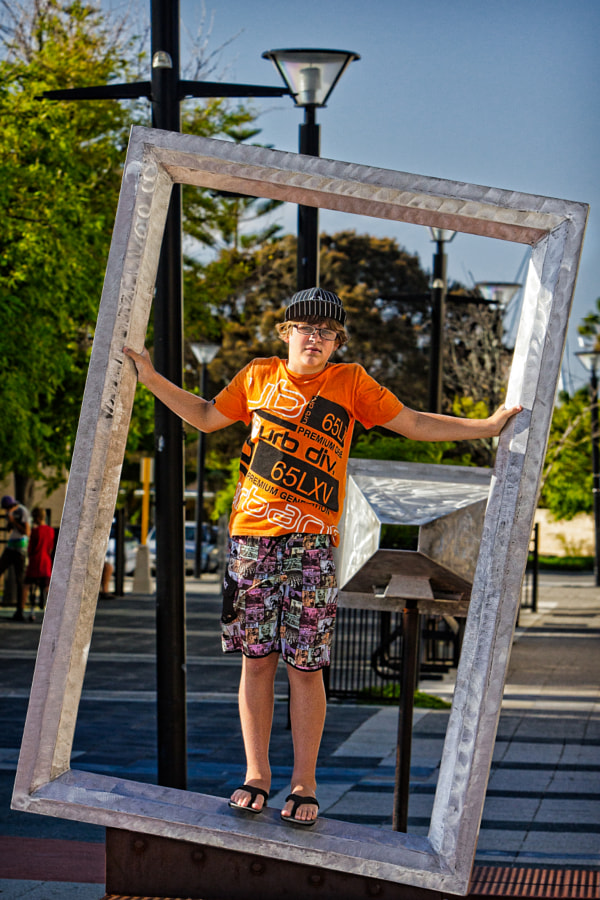 Mandurah is now a major tourist destination in Western Australia and is heavily marketed as the gateway to the state’s popular South West Region. Apart from fishing there are also dolphin cruises and the more energetic can hire boats, canoes or jet skis to explore the water ways. In the culinary department there is everything from the usual fast food joints to the finest waterfront dining where it possible to eat locally caught seafood and drink local wines and boutique beers. The Mandurah Performing Arts Centre, near the marina and foreshore, not only plays host to some of the world’s top performing artists but also puts on exhibitions and hosts workshops for the visual arts as well. Take a walk through time with the inner City Heritage walk trail (maps are available from the tourist centre) and see and learn about the notable people and places that shaped Mandurah into what it is today. There is also a public art walk trail along the foreshore and marina that is fun and interactive. Through the year there are several major events that fun for the family to visit, the main one being The Channel Seven Mandurah Crab Fest  that while ostensibly being about enjoying the locally caught crabs actually show cases all that Mandurah has to offer on one glorious day in March. There are cooking demonstrations, arts competitions, children’s stage shows, music and the International Waterski & Wakeboarding Federation (IWWF) World Cup competition which attracts the best competitors from all around the world. For those wishing to visit any time of year is good, but summer is when it all really happens and it seems as if the whole population of Perth comes out to play over the Christmas and New Years holidays and the city basks in its brash exuberance.

A journey down the Murray River to the sea is like seeing a microcosm of Western Australia. You have the ancient culture of the indigenous Nyoongar, the story of European settlement, mining and agriculture booms, amazing scenery with incredible biodiversity, and fantastic recreational activities. All this just lies on the southern doorstep of Perth.